From smart homes to NFTs, cryptocurrency and everything in between, the world we live in today would not be the same without our connection to the internet. However, this digital age has also brought forth different types of hackers looking to reign on our Cyber Safety parades. And even as they have spent years trying to perfect their hacking methods, we have had just as much time learning how to adapt and protect ourselves. In this article, you will learn about the types of hackers you should be aware of and gain insight into their motivations and goals. We have also included hacking protection tips that can help keep your devices, privacy, and identity safe.

So, without further delay, these are the types of hackers you must know about.

Also known as criminal hackers, you could view a black hat hacker as your stereotypical cybercriminal. They work tirelessly to break into personal devices and networks in search of sensitive data they can steal and use to make a profit. These cyber thieves are experts at using devious cyberattacks, such as ransomware, spyware, and more, to get their hands on the information they are after.  You might even recall hearing about the NBA’s Houston Rockets falling victim to a cyberattack[CS5] in early 2021. Black hat hackers were able to use ransomware to compromise over 500GB worth of contracts, non-disclosure agreements, and sensitive financial documents. Black hat hackers used blackmail to threaten the release of these documents.

Hacker motivation + goal: Steal personal information to use and/or sell to make a profit.

White hat hackers have the same skills as black hat hackers, but their main difference is their intentions. White hat hackers break into systems to spot security flaws to help government,businesses,and everyday citizens avoid cyberattacks.  For example, a business may be experiencing frustrating network issues, such as system crashes or reduced speed. Instead of upgrading the entire network, companies may hire a white-hat hacker to spot potential security flaws that could allow hackers to cause these issues.

Hacker motivation + goal: Spot security flaws that ill-intentioned hackers could use to their advantage .

Red hat hackers are like white hat hackers. But instead of everyday businesses or governments hiring these hackers to spot and stop black hat hackers, they take it upon themselves to get the job done. Often dubbed the “Robin Hoods of hacking,” these dark web wizards take back what was stolen to provide for those in need. In recent events, a red hat hacker was able to steal $50 million from a liquidity pool established by a group of cryptocurrency investors. This was to provide support to charities in need of financial assistance. The hacker did leave a note saying they would return funds to anyone who had less than $100,000 to their name.

Grey hat hackers or Gray hat hackers only think of hacking as a hobby, known by many as “just for fun” hackers. They get enjoyment from finding gaps in security networks and might even let the network know they found these gaps. Nonetheless, some still find this type of hacker frustrating, because they hack private networks without permission. Reports from 2018 tell a story of a Russian-speaking grey hat hacker that broke into more than 100,000 private routers. Though many believed they were up to no good, they found that the hacker was fixing security issues that would protect them from black hat hackers, cryptojackers, and other types of hackers and cyberthreats.

Hacker motivation + goal: Find a hacker they can learn from to one day become a black hat hacker.

Blue hat hackers closely resemble white hat hackers, but instead of breaking into systems or software that a business is already using, a business will give the blue hacker access beforehand to test it for flaws. That way, the organization can lower the potential risk before deciding to update systems. If you are still confused,let us say there is a new file-sharing system a company wants to implement. The last thing they want is for hackers to be able to easily break in and compromise their confidential data. So, they will contract a hacker to test the system before making a final decision. If it proves to be sufficiently protected, the software is a go.

Script kiddies are like green hat hackers—just lacking the same drive. They don’t possess the same skills as black hat hackers either, so they will copy existing malware more experienced hackers have already made instead of learning how to create their own. A famous incident occurred in Ireland in 2015 when police arrested a 15-year-old for accessing a company’s private network without permission. Officials believed the adolescent violated the United Kingdom’s Computer Misuse Act by holding private documents for ransom and using other types of malware to exploit sensitive documents.

Hacker motivation + goal: Use existing malware to break into personal devices and make a profit off stolen information.

Elite hackers are the champions of modern-day hacking. Their years of experience label them as the most skilled in their field as they can choose between whether they wear black or white hacker hats everyday. And because they can dabble back and forth so easily, they are the first ones to identify and/or create the newest cyber attack methods that threaten your cybersecurity. A noteworthy example would be when elite hackers tried to hack into the World Health Organization (WHO) to gather information on the coronavirus in 2020. Their attempts failed, but the cyberattack displayed the true danger of phishing emails, as this was the method they used to try and steal passwords and other login credentials.

Gaming hackers target any video game enthusiast in their line of sight. They are known for using the latest video game trends to manipulate online players into compromising login credentials, payment information, and other personal details attached to their accounts. One of the most notable video game hacks occurred in 2021 when Electronic Arts reported falling victim to a cyberattack compromising more than 780 GB of gaming source code. Luckily though, they kept the private information of online players protected.

Botnet hackers take full advantage of their name and use botnets to carry out their cyberattacks. These are precoded minions designed by hackers to carry out malicious tasks that range from stealing sensitive files to taking complete control over your computer. People witnessed the true danger presented by botnet attacks when Cloudflare found they were the target of a DDOS attack that used botnets to spread a virus throughout their private network. According to the company, hackers used around 20,000 botnets to overwhelm their systems with more than 330 million attack requests.

Hacker motivation + goal: Infect devices with botnets to steal and/or compromise sensitive information to use and/or sell on the dark web.

Cryptojackers take advantage of the newness of the cryptocurrency market to carry out cryptocurrency scams. These are illegal requests for cryptocurrency payments in exchange for fake goods, services, or investments. An extreme example would be the Onecoin Ponzi scheme, which resulted in more than $1 billion in stolen funds from unsuspecting investors. These cryptojackers used their cunning personalities to convince people to invest in a cryptocurrency that never actually existed. They then tried to take the money to do as they pleased.

Whistleblowers bring light to corporate criminal activity, especially for the companies they work for. These hackers may not have a ton of experience, but they use what they do know to expose white-collar crime that has a direct impact on innocents. One of the most famous whistleblower cases occurred when two employees worked with their government to expose Glaxo, a pharmaceutical company that took part in fraudulent schemes to push drugs for unapproved uses. Their settlement is one of the largest to date, with the two whistleblowers splitting nearly $3 billion.

State- or nation-sponsored hackers are the James Bonds of the hacking community. Government agencies hire these individuals to gain confidential data on other foreign nations to help them manage potential and existing threats.  Cosy Bear is a nation-sponsored hacking group known by many for accusations of meddling in America’s 2016 presidential election. In the past, the group has been known to target companies vital to the function of society, such as energy companies, governments, and high-profile entities.

Cyberterrorists are politically motivated cybercriminals. They use their hacking expertise to bring attention to their cause by disrupting information systems. These disruptions could then threaten the physical safety of people and even lead to the loss of life. A real-life example of this occurred in 2010 when human rights activists in China and Tibet had their email accounts hacked. Those in opposition to their causes did whatever they could to put a wrench in their plans. But if one thing holds in history—good will always prevail.

Hacker motivation + goal: Use malicious cyberattacks to bring attention to a political cause.

Malicious insiders are not concerned with honesty and justice like whistleblowers. They intentionally break into their company networks to exploit confidential data that could put the company and its customers at risk, but they are not doing this to benefit the less fortunate. The information they expose could just put a pretty penny in their pocket if they find the right interested party. This might occur when an employee receives a tempting offer to steal private corporate files in exchange for small or large payments. The second the employee accesses the network to siphon private data, they become a malicious insider.

Sports Betting…Increase in Cybersecurity and Data Privacy Risks for Companies and Consumers.

Due to the sensitive personal information and proprietary data collected and

Next
Types of Hackers and Hacking Protection Tips…. A fresh Remote Access Trojan (RAT) malware was found by Cyble, an Atlanta-based

Breaking News!!! There is a Tenth Planet in Our Solar System. 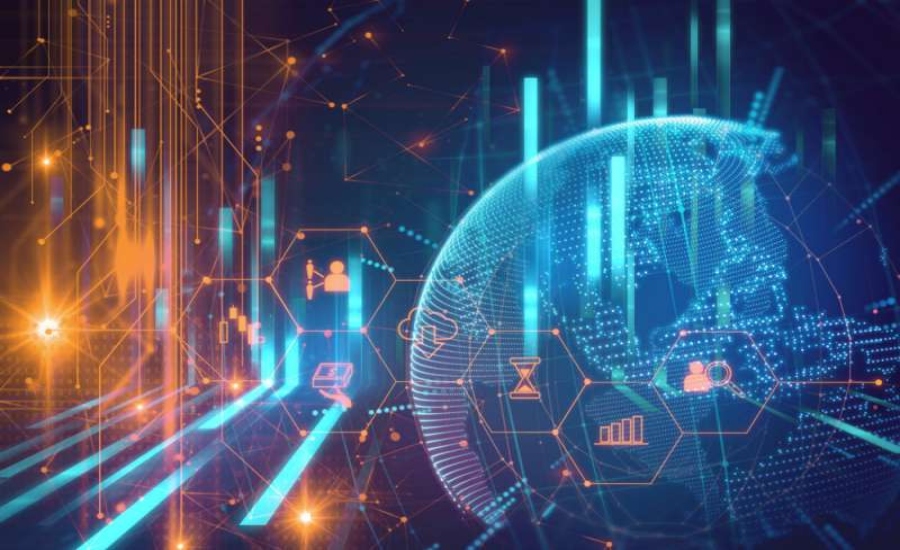 Based on their structure and components, 4G-LTE and 5G cellular protocols are