Facebook Marketplace and the huge number of Buy/Sell/Swap groups on the platform are a useful way to flip old items or buy second-hand goods in your local area. There’s also a huge potential for things to go wrong through scammers and rogue actors.

You should never buy an item on Facebook Marketplace that you cannot inspect or pick up yourself in person. Facebook Marketplace is not eBay and has no buyer protection in place to safeguard you against sellers who won’t send the items you have bought. Furthermore, sellers often use personal payment features reserver for friends and family on services like PayPal, where there is no ability to reverse the payment.

You can also open yourself up to other problems, like meeting a seller in private to conduct a cash transaction and being robbed. If you are meeting someone in person from Facebook Marketplace, do so in a sensible, well-lit, and public location. Take someone with you who you trust, and if whatever you are buying sounds too good to be true, then trust your gut instinct and don’t show up.

Facebook Marketplace is used to quickly sell-on stolen goods, particularly gadgets like tablets and bicycles. If you buy stolen goods and they are traced back to you, you will, at the very least, lose whatever you purchased and will likely lose all of the money you paid for said item. If the authorities suspect you knew the goods were stolen, you may be charged with handling stolen goods too.

Romance scams are elaborate, but they have deceived many. Much of the time, the scammer will use a relationship to extract money and other goods from the victim. These scams can have disastrous consequences way beyond financial loss if they go too far.

Always be wary of anyone you meet online since it’s so difficult to prove that they are who they say they are. Even phone calls and webcam conversations can appear legitimate while being ultimately deceptive. Unfortunately, many who are lured by this scam are unable or unwilling to see that they are being used.

The main red flag to look for is a romantic interest who you have met on Facebook (or elsewhere online) asking for money. Their reasons may seem convincing, and they may tug on heartstrings in a bid to persuade you that they have a legitimate need. They might say that they’re short on rent, that their mother needs an operation, or that their car needs urgent repairs.

This scam can take a very dark turn when the scammer wants more than just money. The recent case of Sydney woman Maria Exposto demonstrates just how badly things can go wrong. Maria was found with over 1 kilogram of methamphetamine in a backpack in Kuala Lumpur airport while traveling back from a trip where she was supposed to meet a US military soldier who identified himself as “Captain Daniel Smith.”

Her supposed love interest never arrived, and instead, she was befriended by a stranger (the scammer) who convinced her to carry the backpack back to Australia. Maria was convicted by a Malaysian court of drug trafficking and sentenced to death in May 2018. It took five years in jail and 18 months on death row before her conviction was overturned and she was released.

This is an unusual turn for a romance scam, but it’s not the first time it’s happened.

In April 2011, New Zealand woman Sharon Armstrong was found trafficking cocaine out of Argentina because she too had fallen for a romance scam.

This is the same technique used all over the web by deceptive advertisers to drive clicks. You’ll see an advert for a “shocking video” or an “amazing transformation” or another similarly scandalous title. When you click on it, you’ll usually be taken through a few redirects before landing on a website that tries to install malware on your computer.

On Facebook, these links often appear at timely intervals, like when the social media network is discussing the rollout of new features. Some of these scams offer to add features to your account, like the fabled “dislike” button or a means to see who has viewed your profile. If in doubt, a quick internet search should reveal any legitimate changes, and you can ignore the clickbait.

While Facebook can remove links or add disclaimers next to misleading and fake stories, the use of URL shortening websites and redirect links are used heavily to evade detection. For your safety (and to deprive the scammers of clicks), you should avoid spammy content like this altogether.

Many (but not all) scams can be avoided if you follow one simple rule: if it looks too good to be true, it probably is. For the rest, you’ll just need to be vigilant, and always question the motives of the person who is engaging with you, whether it’s a Facebook event, a sponsored post, or an unsolicited message.

As Facebook continues to grow and have a more significant impact on how we live our lives, these scams (and many new ones) are bound to occur more frequently. Social media isn’t the only service affected by such problems, and scams are rife on crowdfunding websites and many other online services.

The only rule is to tread cautiously. No one is above getting scammed but we must strive to scrutinize the odds and read between the lines.

Unlike the email spam of the late 90s and early 2000s, Facebook’s scams can be 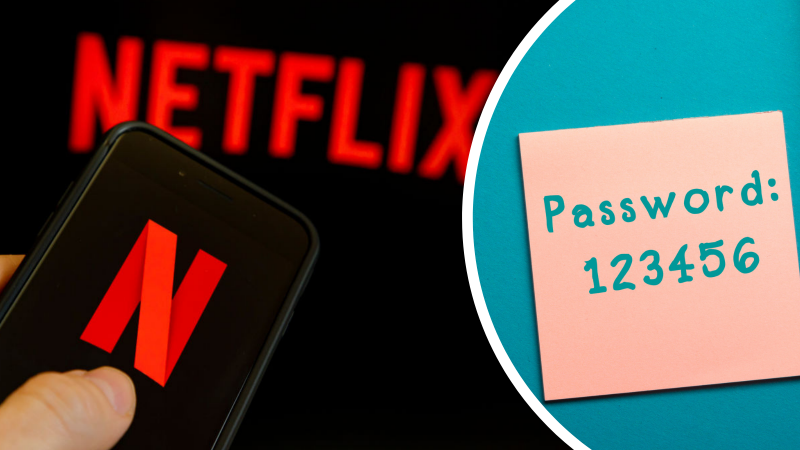 Be honest: Does the news that Netflix is cracking down on password sharing make

Like we always state, a cyberattack never goes outdated, it only evolves with

When people think of incognito mode, they automatically associate it with being

Innovative techniques for defrauding individuals have always flourished on the