After several reports on the Lagos state Internal revenue failing to protect the personal identifiable information (PII)  of  tax payers in lagos which was revealed on their website , NITDA has released a press release via their twitter handle . This became necessary with The Nigerian Data Protection Regulation in place. Information such as Full name, email addresses, phone number  were accessible among others was accessible to anyone.

According to the press release, the public access to the portal was as a result of a glitch from a consultant of the service. The domain has however been disabled and the portal and  removed from the public domain.

“The National Information Technology Development Agency (NITDA) was reliably informed and duly ascertained that the Lagos State Internal Revenue Service (LIRS) published a web portal – https://lagos.qpay.ng/TaxPayer – where personal information of tax payers of Lagos State was gleaned by the general public in breach of the Nigeria Data Protection Regulation (NDPR), 2019.

We have also been informed that the LIRS has indicated that public access to the portal was a glitch from a consultant of the Service and that the portal has been duly disabled.We commend LIRS for the swift remedial action in disabling the portal and pulling the website away from the public domain.

We however warn that glitches of this kind do not insulate LIRS from responsibility or culpability from whatever actions, civil or criminal, that may arise from such glitch, as personal and confidential information of data subjects were made available to the public illegally.

We stress that such glitches are in breach of the NDPR and invariably the National Information Technology Development Agency Act 2007.

The Agency will further investigate this breach and the circumstances surrounding it with the aim of assessing the impact of the breach as well as determine responsibility and culpability of data controllers or processors connected to the breach and prevent future occurrence.We also advise the public to be vigilant and to report immediately to NITDA or other law enforcement agencies if they notice that the information of any data subject on the LIRS database is further disclosed or used in any manner in violation of the NDPR. We enjoin all parties to cooperate with NITDA as we seek to protect the personal and confidential information of Nigerian Citizens from misuse and abuse.

The Agency can be reached through its email address: [email protected] or any of NITDA’s handle on Twitter or Facebook: @NITDANigeria or https://web.facebook.com/nitda.nig/ respectively.”

We will all be on the watch out for further details and information on this. 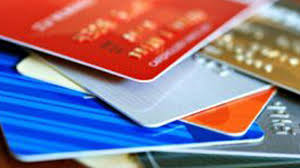